We didn’t realize we were making memories we just knew we were having fun. 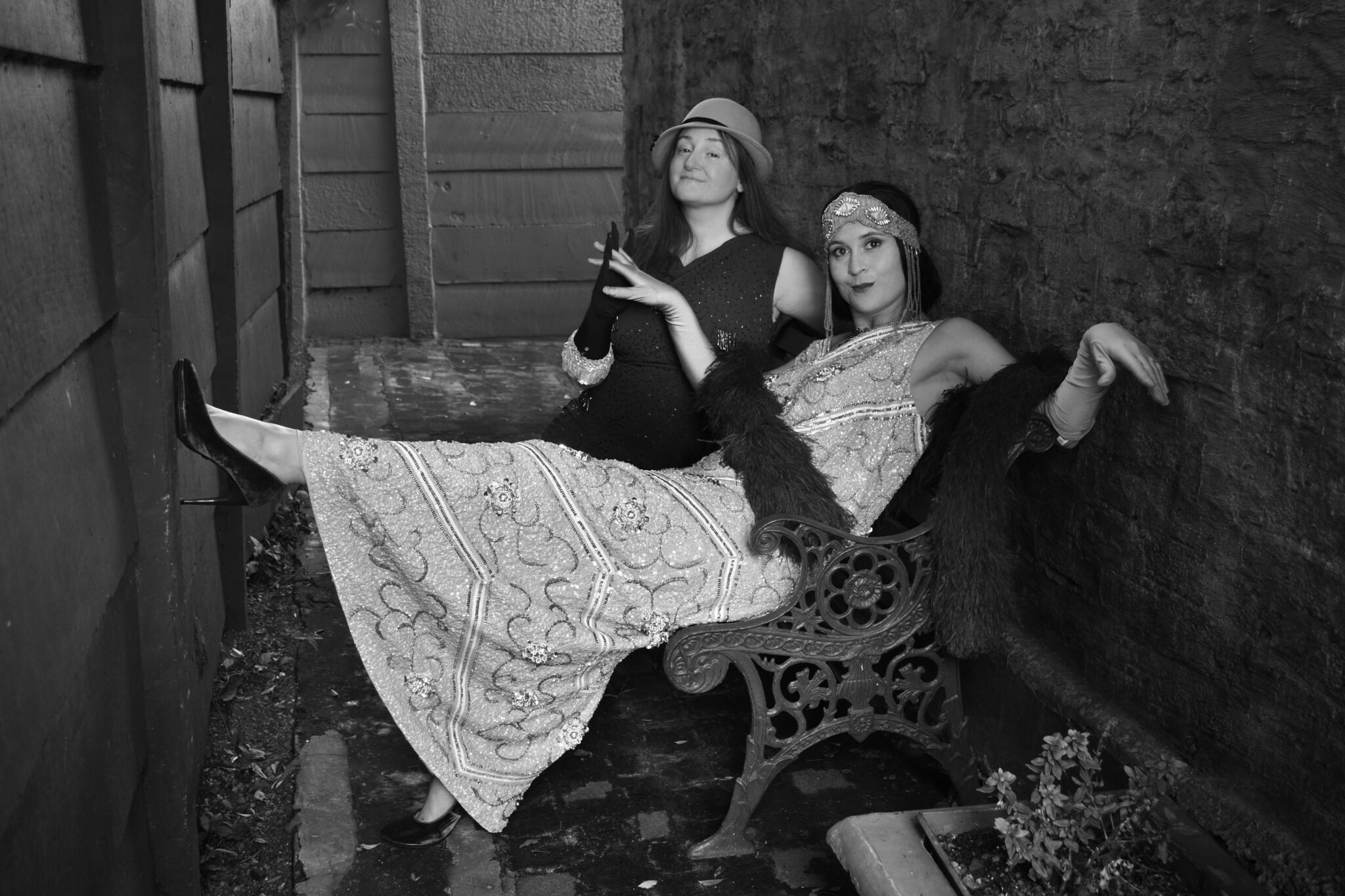 Life must be lived forwards, but understood backwards.

Can’t repeat the past? Why of course you can!

A Decade Of Indulgence And Fun That Became Known As The Roaring Twenties.

The 1920’s fashion was all about experimentation and transforming the way a woman styled herself in the era.

The Great Gatsby and all that jazz.

Twenties fashion is often remembered for its glitz and glamour, though underlying this was a move toward simplicity in dress. For women, this meant shorter skirts and simple shapes, while men enjoyed casual suits. This simplicity created the popular tubular “la garçonne” look that dominated much of the decade.

The classic image of a flapper is that of a stylish young party girl. Flappers smoked in public, drank alcohol, danced at jazz clubs and practiced freedom that shocked the Victorian morality of their parents.

Coco Chanel, a role model for the flapper dress, created the ‘Black Dress’ silhouette that helped illustrate the 1920’s fashion. This sassy look typified 1920s dress with a dropped waist and creeping hemlines that could be created in economical fabrics. Through this dress, she was able to demonstrate the change in the hemline length.

She was inspired by the Flapper style and was the first to popularize the idea of the ‘Little Black Dress’ in every occasion.

When it comes to The Great Gatsby era – The more sparkle, the better! Finished off with a long cigarette holder, a pinned wavy bob, and a large brooch for an extra bit of glitz.

Much of 1920s men’s fashion was influenced by the rise of gangsters. This included the notorious Peaky Blinders, a street gang from Birmingham, England that made many iconic styles such as three-piece suits and flat caps trendy. Gone were the shoulder pads and stiff fit of the previous decade. These were replaced with form-fitting suit jackets with gently sloped shoulders and tailored suits with cuffed pants that creased in the front for a stronger silhouette.

For most men, suits were the day to day attire. Striped, plaid or windowpane suits came in dark grey, blue and brown in winter and ivory, white, tan and pastels in summer. All suits had matching lapel collar vests with a pocket watch and chain dangling from inside.

The 1920s were also a time for casual dress. As menswear became less regimented, leisure clothes and sportswear made their debut.

A little party never killed nobody.

Considered a rebellious time! The “roaring twenties” and the “jazz age” refers to a time that represents change, excess and a decade of great social change. It was a time of classic sophistication with a level of fun that had gone by the wayside in favor of more and more casual modern clothing.